By Gualberto Garcia Jones, Esq. — In partnership with the center for Reproductive Rights and the last abortion facility in the state, the American Medical Association is suing North Dakota to block two informed consent laws related to the personhood of pre-born children and the abortion pill reversal protocol.


~~~~~
Under the leadership of their newly elected President, Dr. Patrice Harris, the American Medical Association (AMA) is partnering with the Center for Reproductive Rights and the last abortion facility in the state to sue North Dakota to overturn two informed consent laws.
The mainstream media is touting this as a tipping-point moment for the AMA and a victory for the abortion lobby, which has finally managed to get the AMA to stop pretending to be neutral on abortion. But the fact of the matter is, the AMA has decided to deny basic biology and has fully cast its lot with the pro-abortion political interest groups.
TAKE ACTION: Sign and share our petition with LifeSite News to tell the AMA to stop its political and legal attacks on informed consent laws. We will hand-deliver this petition in person to the AMA, and we will also carry the signatures to Congress to challenge the AMA’s taxpayer funding.

The politicized science of the AMA

In their legal brief attacking two North Dakota informed consent laws, the AMA makes a ludicrous claim that telling women that chemical abortions can be reversed and that abortion ends the life of a living human being is “patently false and unscientific.”

“The Compelled Reversal Mandate forces physicians to tell their patients that medication abortion may be reversible, a claim wholly unsupported by the best, most reliable scientific evidence, contravening their ethical and legal obligations as medical providers. The Compelled Personhood Mandate forces physicians to also tell their patients that abortion terminates ‘the life of a whole, separate, unique, living human being,’ compelling medical providers to convey a controversial and ideological message about fetal personhood that is unmoored from medical science. Plaintiffs object to this forced speech, which requires physicians to deliver to their patients false, misleading, non-medical information with which they disagree, to advertise an experimental treatment that runs counter to their patients’ best interests, and to violate their medical ethics.”

In their press release, the AMA includes an ironic quote by Nancy Northrop, the president and CEO of the Center for Reproductive Rights: “Lawmakers are forcing falsehoods and propaganda into the mouths of physicians against their will, effectively forcing them to violate their ethical obligation to do no harm” [emphasis added].

A picture is worth a thousands words 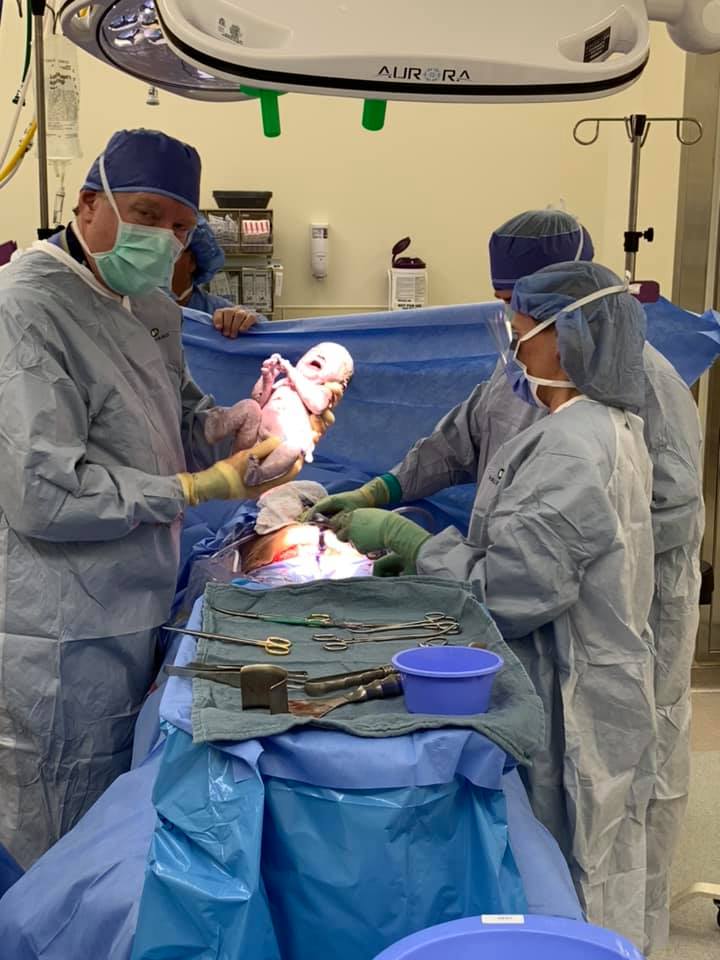 Dr. Boles response to the AMA is spot on:

“The only thing ‘unmoored’ from reality and from science is the AMA’s position on this issue. Abortion advocates would have us believe that they empower women and advocate for women. Trying to prevent women from being given accurate and complete information with which to make a decision doesn’t empower them. It manipulates them. They are not advocating for women; they are advocating for abortion, and that’s not the same thing.”

Up until very recently, the AMA had kept its obvious pro-abortion bias relatively private, but now the mask has come off. The AMA no longer deserves the respect or the millions in taxpayer grants given to them by the American people.

Ironically, the AMA was the leading organization that proposed the criminalization of abortion in the mid 1800s.  At that time, the AMA’s Committee on Criminal Abortion made a bold declaration:

“The Committee would advise that this body, representing, as it does, the physicians of the land, publicly express its abhorrence of the unnatural and now rapidly increasing crime of abortion; that it avow its true nature, as no simple offence against public morality and decency, no mere misdemeanor, no attempt upon the life of the mother, but the wanton and murderous destruction of her child.”

And yet, according to the revisionist history in a New York Times op-ed, 19th-century physicians were simply attempting to keep out unlicensed abortionists. Of course, every historical record, like the quote from the AMA’s own Committee on Abortion, confirms that these physicians fought against abortion for the medically obvious reason that killing a patient cannot be considered ethical medical care.
In fact, since the very dawn of medicine, abortion has been seen for what it is—a heinous crime. Before it was changed by pro-abortion physicians, the original Hippocratic Oath bound all physicians by the promise to “give no sort of medicine to any pregnant woman, with a view to destroy the child.”

But in March of this year, the AMA sued President Trump’s administration to force the continued Title X funding of abortion giants like Planned Parenthood. “The administration wants to block physicians from counseling patients about all of their healthcare options and from providing appropriate referrals for care. This is a clear violation of patients’ rights in the Code of Medical Ethics,” said then-president Dr. Barbara L. McAneny in a press release. And so the irony continues.

Contrary to what the AMA is arguing in its lawsuit, the reality is that the science of abortion pill reversal is very sound, and the fact that abortion ends the life of a developing human being is incontrovertible.
Dr. Matthew Clark, president of Personhood South Carolina, reacted to the news of the AMA’s lawsuit:

“Sadly, the American Medical Association continues to reject the Biblical foundations of western medicine, sliding now into patently politically motivated activities, as evidenced by this unscientific and immoral lawsuit against North Dakota. By this action, the AMA proves once again how out of touch it is with the true heart of being a good doctor.”

Dr. Matthew Harrison, co-founder of the abortion pill reversal protocol, who has saved multiple babies through abortion pill reversal treatment, has found that it is, in fact, safe and effective. “We have not seen any bad side effects in the mothers who have received the injections or treatments other than irritation at the shot site,” Dr. Harrison told LifeSiteNews. “The sooner they seek treatment, the better. We just want them to know that it is safe, and there is hope, and there are people that care and are ready to help them.” 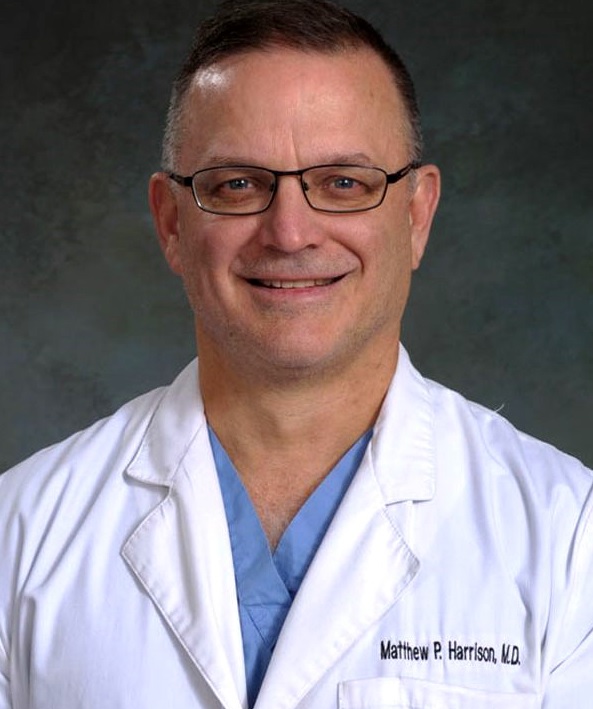 Dr. Harrison is now responding to the AMA’s lawsuit against North Dakota directly.

“The AMA has unjustly attacked the new North Dakota law that seeks to inform women of their choice to reverse the chemical abortion process begun by mifepristone. This law is necessary because of the repeated false claims by abortion facilities that nothing can be done after the process has begun and that babies will have serious side effects if the process is not completed. Both of these claims are completely unfounded in any scientific research.”

Dr. Harrison notes that over 750 babies have survived after abortion pill reversal treatment. New research is also being published on the efficacy of the protocol.

“Our study of 754 patients, published in the peer-reviewed journal Issues of Law and Medicine, showed that, when taken correctly, the abortion pill reversal protocol is up to 68% effective. The study also showed that, if nothing is done after mifepristone is taken, embryos only survive, at most, 23% of the time. With our treatment, the survival is much greater. I wholeheartedly support the North Dakota law that correctly informs women that there can be a second chance if they regret their abortion.”

It turns out that mainstream media were right. This really is a tipping-point moment for the AMA, as it has now joined most of academia and corporate America in making a conscious choice to alienate, attack, and persecute those who still value objective science, morality, and justice.

What you can do

SIGN AND SHARE our petition with LifeSite News to send a clear message to the AMA that it needs to return to caring and healing and stop playing politics. We will hand-deliver this petition in person to the AMA, and we will also carry the signatures to Congress to advocate for withdrawal of all taxpayer-funded grants from the AMA.
It’s time for pro-life Americans to make their voices heard loud and clear and push back against the institutions that prop up the corrupt and murderous industry of abortion.

Gualberto Garcia Jones, Esq., is the president of the Personhood Alliance and a licensed attorney in the commonwealth of Virginia. He is a human rights advisor to the Holy See Mission to the Organization of American States and works in Washington, DC to stop the expansion of abortion in Latin America.
*Banner image: Lorie Shaull, Flickr

← Taxpayer-funded abortions for men: It’s more possible (and evil) than you might think
Behind the chiffon curtain: Drag queen story hours and child endangerment →