“It Cuts Like a Knife”: The Dismissal of Mary Wagner’s case by the Canadian Supreme Court

By Dr. Charles Lugosi, SJD — Editor’s note: The Canadian Supreme Court has refused to hear a case launched by Mary Wagner, a pro-life activist who was arrested for engaging in an act to save the lives of unborn children at a Toronto abortion facility in 2012. Mary’s goal was for the Court to agree that abortion kills a human being—a fundamental question of national importance. But the Court rejected the opportunity to put an end to the deaths of the unborn.

On February 18, 2021, the Canadian Supreme Court refused to hear the constitutional test case launched by Mary Wagner that began on August 15, 2012, when she engaged in an act to save the lives of unborn children at a Toronto abortion facility. Mary’s actions were lawful, if her contention were true that an unborn child fit within the definition of “anyone” in s. 37 of the Criminal Code, which permitted at that time the rescue of a human being from an imminent fatal assault. In the way of her defense was s. 223 of the Criminal Code that excludes unborn children from the definition of a human being.

A constitutional battle in court ensued over Parliament’s authority to decide which human beings fall within the Parliament’s definition, and which do not. Mary based her arguments upon scientific truth. The government and the courts suppressed the truth by successfully preventing Mary’s experts from testifying, thus denying her the right to furnish the critical evidence needed to established the factual foundation for her constitutional defense.

All humans are human

Mary’s experts were prepared to testify that an actual human life begins at conception, is an individual and a human being.

Science conclusively answers the question, “Who is a human being?” From the time of successful fertilization, a human being exists, whose stages of development are classified before birth as zygote, embryo, and fetus, and after birth, as an infant, child and adolescent, before maturing into an adult. All human beings, at every stage of existence, are unquestionably human beings.

The prosecution did not introduce evidence to the contrary, as no such evidence exists.

Mary’s goal was for the court to agree with her that an abortion kills a human being. Her actions to save human beings at the abortion clinic were lawful, as she was defending the lives of the unborn, by using the force of peaceful verbal persuasion to change the minds of the expecting mothers in the waiting room. 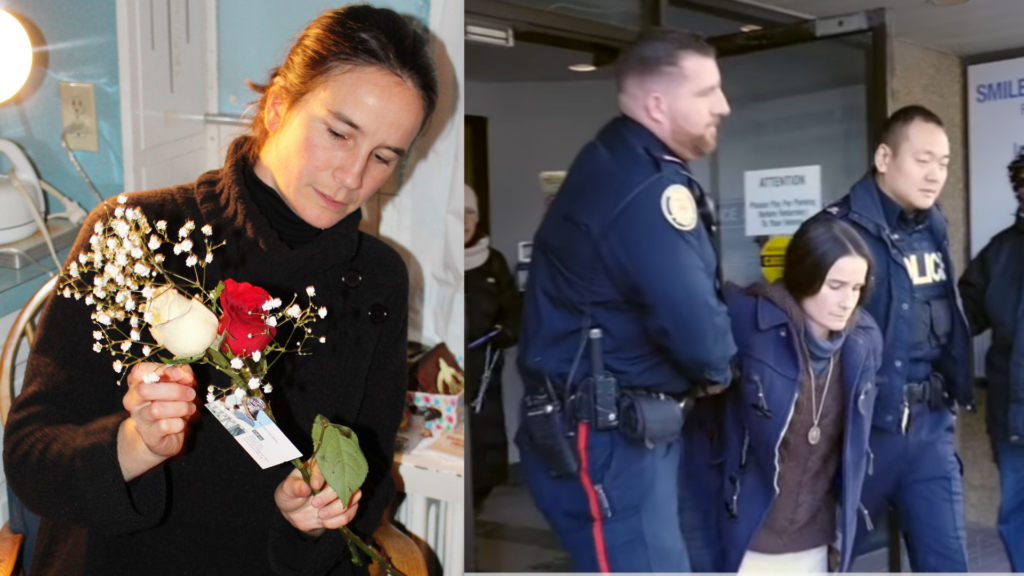 The end of legal abortion

Early in the case, counsel for the abortion clinic paid Mary the ultimate compliment, when he said to me that if Mary won, this would be the end of legal abortion in Canada. He easily recognized that we had exposed the most vulnerable point of attack to put an end to legal abortion. Once Parliament’s definition of “human being” was declared unconstitutional, abortion would then fall within the definition of the crime of homicide.

The prosecution and all the judges presumably were aware that this case was so important that the outcome of Mary’s case would decide if the legalized murder of the unborn would then become illegal and a serious crime. The stakes were high.

The prosecution’s tactic was to inappropriately characterize Mary’s challenge as an attempt to revisit the settled law that holds the unborn are not legal persons. To legally be a “person,” a human being must be born alive, and is only then vested with legal rights. The courts jumped on this convenient invitation to escape Mary’s winning arguments about human beings, and so found justification to dismiss her case.

Mary did not argue to change the current law regarding persons. She did not need to.

Section 7 of the Charter of Rights and Freedoms gives the right to life to “everyone” and s. 15 of the Charter gives equality rights to every “individual.” The Supreme Court of Canada has never before squarely answered the questions of whether “everyone” or “individual” means a human being at any stage of life. These were novel questions of fundamental national importance.

The Supreme Court was presented with an ideal opportunity to decide these questions. Unknown members of the Court chose not to give reasons to dismiss Mary’s case. They ought to have known from the filed materials that the legal test for leave was met to hear the case. The established jurisprudence merited leave to be granted.

Had leave been granted, the case argued, and reasons issued, one wonders whether which path the Court would have chosen. If the Court denied the truth of science, in favor of a legal fiction or a legal definition based upon a subjective value judgment that the lives of the unborn were disposable and unwanted, the Court may have experienced ridicule and viewed as bringing the administration of justice into disrepute.

Overriding the Charter in favor of Parliamentary definitions of human being would be seen as a license to remove from the definition of human being, not just the unborn, but also the elderly, the sick, the disabled, and others, based on race, religion, political belief, and any other category of humanity.

On the other hand, the Court could have accepted Mary’s arguments, that all human beings have inherent worth, dignity, and the unqualified right to life.

Refusal to hear Mary’s case results in irreparable harm to those human beings now awaiting birth and those future human beings whose lives will not be governed by the rule of law, but by the arbitrary will and power of life or death exercised by legally privileged human beings over them.

If ever there were ever a case of supreme national importance, this was it.

For those who share Mary’s beliefs, dismissing Mary’s case significantly erodes their public confidence in the integrity of the justice system. How long will the definition of “human being” evade judicial review? For decades, Parliament has avoided the issue, to the point that political parties now purge well-qualified candidates for public office who hold pro-life views.

Now the Court has joined with Parliament to escape fundamental questions that cry out for resolution.  An authentic democracy is one where the lives of all human beings are respected and protected, including those of the powerless and the most vulnerable.

The crisis of abortion will not go away. This is a human rights issue of national importance.

It was for such a time as this, that courage to tackle fundamental questions that divide a nation must be confronted and decided. What if the Court heard and decided the case? The Court’s reasons may have revealed its moral character, legal acumen, integrity, faithfulness to the rule of law, and whether truth triumphed over ideology. It is a shame that the Court chose to avoid grappling with this very important case that could save the lives of millions of people in the future who may now never be chosen for birth because of the Court’s unwillingness to hear Mary’s case.

At least Mary’s conscience is clear, although her heart is cut to the core, by the Court’s rejection of this rare window of opportunity to put an end to the deaths of the unborn.

The following documents were filed on behalf of Mary Wagner by her counsel, Dr. Charles Lugosi, SJD:

Dr. Charles Lugosi, SJD, is a former constitutional and bioethics law professor, currently residing in Victoria, BC Canada, where he has a national practice in constitutional, administrative, and human rights law. Dr. Lugosi is a member of the various Bars in both Canada and the United States, including the United States Supreme Court. www.lugosi-law.com Dr. Lugosi was Mary Wagner’s attorney in this entire proceeding.

13 Comments on ““It Cuts Like a Knife”: The Dismissal of Mary Wagner’s case by the Canadian Supreme Court”